Called up early, and off on the march. Received a mail to-day, which was a welcome visitor to many, as it is the first one for some time. May they come oftener, and to every soldier. One poor fellow, who did not receive a letter, declared his girl had grown tired of him, and probably taken a beau at home. Another sympathized with him in the disappointment, and offered to let him read the letter he had received from his girl, who was aiding and encouraging him with her prayers. Pursued the enemy through the day, and were at their heels all the time, and at evening caught sight of them crossing Hankinson's Ferry, on Black River. We made a rapid charge upon them, firing as we ran, while DeGolier's battery shelled them. Some few were shot while crossing the bridge. I suppose they have retreated to Vicksburg, as they are on a direct road to that place. After driving the enemy across the temporary bridge, we closed up business for the night, and sought our blankets. 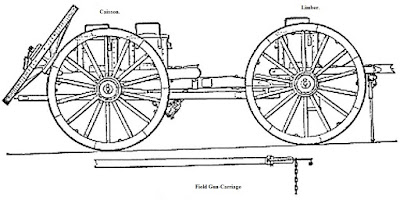 SOURCE: Osborn Hamiline Oldroyd, A Soldier's Story of the Siege of Vicksburg, p. 6
Posted by Jim Miller at 1:34 AM